The newcomers have a hard time dealing with any field. Whether it is entering college or even the world of hunting. There’s a trend in the hunting arena that is known for making a fool out of a newcomer for fun. Now, this is nothing serious and it’s actually a great prank to be closer to the newcomer.

Talking about what is snipe hunting we will find out more about this fool’s errand that involves giving an impossible task to somebody absolutely unaware of the situation. It’s a practical joke that inexperienced campers seem to not know about.

What is The Joke Behind Snipe Hunting: Know More About the Prank?

Imagine a dead serious novice hunter carrying his best hunting backpack to run around the forest or field to catch something non-existing. They are all geared up with the pair of hunting boots and camo print jacket but only to discover nothing.

Wants you to crack up already, right? Well, this is a joke that people pull off on rare occasions. Of course, we’ll know about that as well.

But let’s start with a round on everything related to snipe hunting. Maybe there’s more than just prank and fun.

Let’s start from the word or term snipe. Its actual term related to several kinds of shorebirds. However, the common ones that actually involve hunting are two in number. These are common and Wilson snipe. Their looks are pretty much similar. However, the former one is a subspecies of Wilson.

There are state regulations to issue a license for going these snipe hunting. Also the wildlife agencies never really distinguish between these two.

The North American areas are covered with such snipes. The main provinces are Canada. They could be migratory birds flying for the winter season. They are pretty identical to common snipes.

So, you see, even with an urban dictionary describing it as a fake and imaginary bird, they do exist. Some experts even refer how hard these birds are to catch.

They often fly off with zig-zag way which makes them even difficult to shoot. It could be the reason why sharpshooter and snipe are two words that are connected. The term sniper was highly used in India residual British soldiers for describing shooters who had amazing skills.

The genuine snipe hunting is not seriously taken in the US. However, there are hardcore hunters who love bagging these rare species.

BUT THE SEASON NEEDS TO BE RIGHT!

Yes, there’s the point of right season to make snipe hunting work in reality. It actually varies from one state to another. For example, if you consider Michigan then the season starts from September to 1/3rd of November. While South areas are quite late with this season appearing.

Georgia, however, has a season for snipe hunting that starts from mid-November to February. In Texas state you need to try hunting somewhere between late October to early November.

Pulling Off a Prank!

Yes, I’m going to tell you an entire plan on how to pull off the prank without even making your friend doubt about it. People Have numerous stories to tell about snipe hunting and it’s usually funny to have one.

So, make sure you have such memories when hunting with a friend who is absolutely new to the field. You all would love it.

I think the most perfect time to play this prank is at night. They won’t be able to have a track of your expressions this way as well. Also, they’ll hardly notice what you are up to playing games. The best part is finding a place where a lot of animals stay.

You should not really try this prank for the suburbs. They are not so ideal for conning anyone. Having snipes in the backyard won’t really sound convincing and so better not try such a plot. You need to convince your to-be pranked buddy of carrying flashlight, bag and huge stick before sending them to the wilderness.

It would be super fun if you can manage to set them in an area that could be watched from afar. You can have fun witnessed by your own eyes and it just makes the whole thing thrilling.

Drama Inside the Fields

Of course, some cool-for-school folk won’t simply believe what you say. So, you need to tell them something convincing. I’m assuming you can act a pretty good scene here to make them believe. Tell them to hold a torchlight over a bag opening. Say that it’s going to make the snipe see their bag.

Next, just make a story of your own to catch the snipe. For example, you can suggest them to make scratching noises over the ground using a stick. Tell them this will lure the snipe and they’ll walk inside their bag. Also, finish the fake storytelling by advising your friend to quickly shut bag once snipe enters.

Your main key here to make it sound true. You need to be well prepared with comeback answers for any question your friend comes up with. It’s going to work fantastically only when you are good at making things up.

Once you are sure they are convinced, send them off to the field. You can simply point them to a place. And then quietly leave the area to go back to your bed.

You Don’t Have to Go That Far, But…

I know, some of us are really annoying, especially with pranks. I don’t mind if the joke is hard cracking. So, if you really want to make things mess but memorable, here’s another extra thing to do. Join hands with another friend in the group. Tell him about the entire plan and ask for a fun favor.

The plan is to make that friend go behind your to-be victim and ask what they’re doing. Your victim friend should say snipe hunting. But at that moment, let your helping friend say that it’s not the season for hunting snipe.

The look of betrayal and bewilder will be a sure blockbuster!

After this you can surely join this fun and scream, “psych, you’ve been pranked” while the look of your victim starts getting even funnier. The gag will surely make a remarkable chapter of your entire trip.

I hope now you won’t even ask about what is snipe hunting. The whole thing is nothing but a much common and local American fun tale to have some close moments with their novice hunters.

And so, using this prank on your new-to-hunting buddy will surely light the moment. But still, be sure you don’t just go too far with someone who is new. They should not take the joke too seriously. Just play pranks without the intention of hurting anyone. It’s not supposed to belittle anybody new to hunting but simply create a fun bond. That’s It! 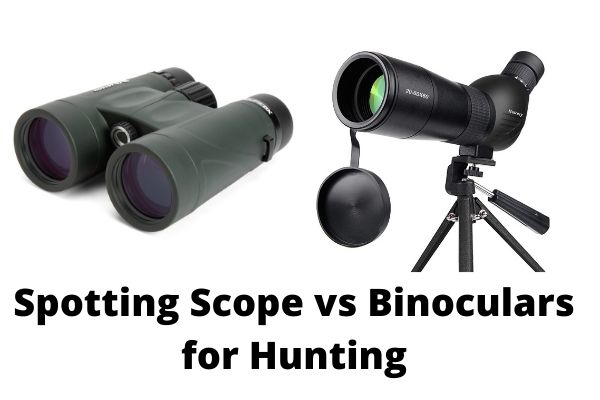 Are you struggling a lot to make the wise choice between purchasing a spotting scope vs binoculars for hunting? If yes, then you are in the right place as this entire article will give you the valid reasons to go for a suitable one for you! To be frank, spotting scopes…

Traditional archery is a more relaxing type of sport than that with latest technologies. Hence, in recent years among archers, traditional ways are gaining more popularity than ever. But this relaxing game might turn into a frustrating one if you don’t know the right method to aim the bow accurately. As…

Okay, so you are ready to go for your first ever duck hunting. And the thrill of catching those water creatures is already taking over you. But in that excitement, don’t forget to focus on the packaging phase. It’s one of the major things to take care of before your big…

Archery is a popular term for the bow hunters and archery lovers (both professional and occasional). Arrow the bow towards the target object is a matter of day to day practice exactly. And weapons like bow sights are the mandatory things (in your regular exercise or practical use), which allow you… 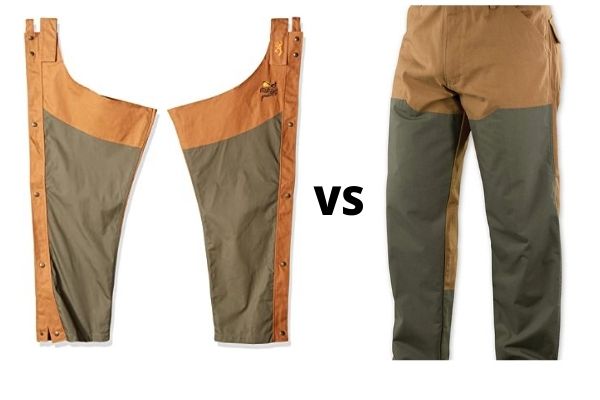 Are you into upland hunting? You should wisely choose your hunting apparel like jacket, vest, pants, and chaps because they protect you and meets your hunting needs. Worldwide hunters debate over upland chaps vs pants which is perfect for all-terrain conditions? In this article, I’ll try to address that. So, you…

My friend Andison was quite desperate to know about what I wear on a deer hunting trip. I was shocked by how he gave the whole clothing part this importance. More than shocked I was actually glad he took the thing seriously. I spend around half an hour chatting with him…